Join us as we hit the Isle of Man for the official 2017 TT launch event.

The Isle of Man TT races need no introduction. Yet every year in March the island comes alive once again with the sights and sounds of road racing’s elite as they are introduced to the fans for what promises to be another, fantastic few weeks of road racing. The road to TT glory in 2017 starts here and Motofire have been invited along for the ride…

So join us – and join in – as we speak to as many riders as we possibly can and begin the build-up to the greatest road race on earth.

So that’s it for tonight. And probably for this live blog as we wind down and get ready for the long journey home tomorrow. Thanks for joining us and stick with Motofire over the coming weeks as we begin the build-up to the greatest road racing show on earth with interviews and videos with some of the men who make it all happen. 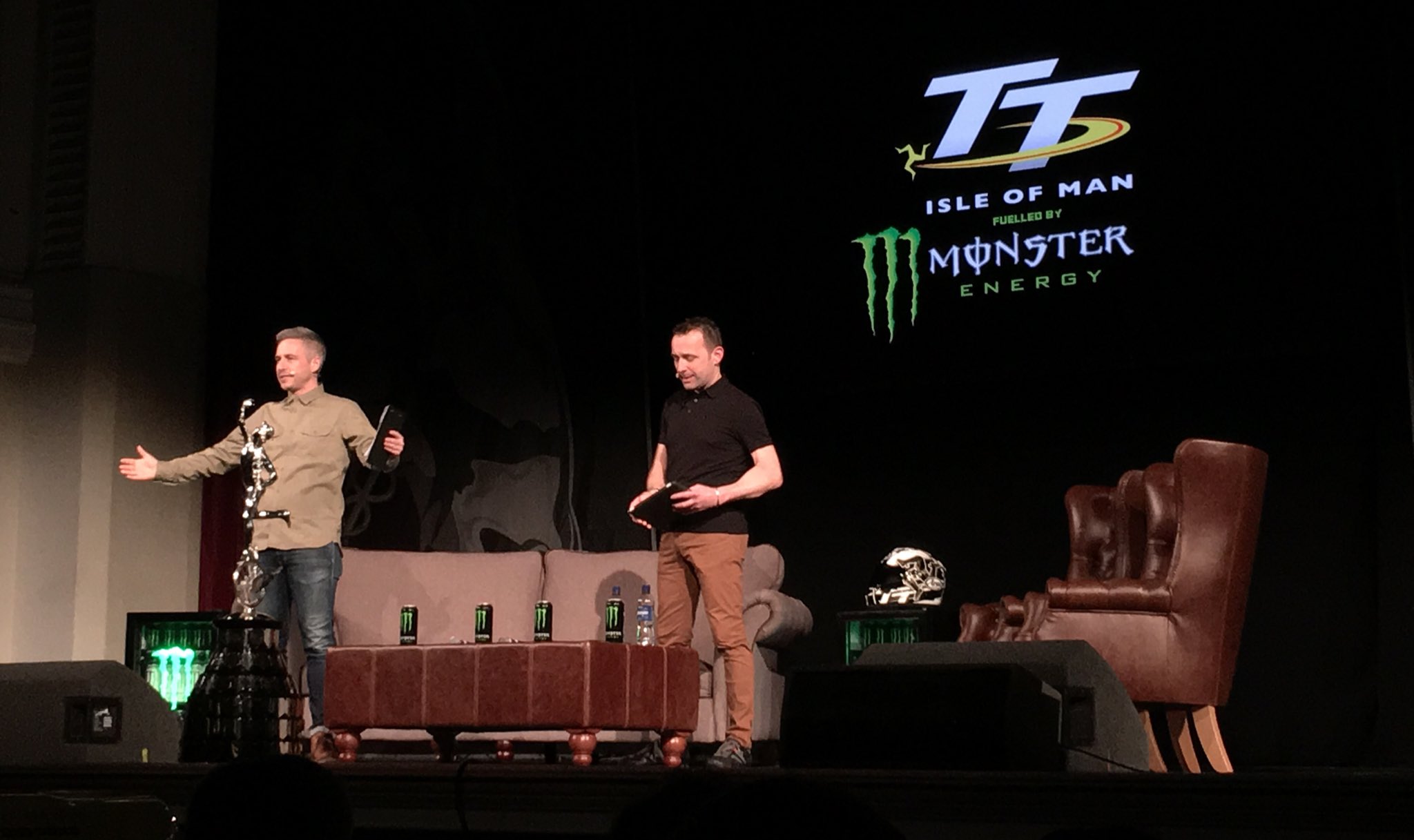 20:01
See this man? He’s one of the most respected motorcycle writers on the planet. By us anyway! ;p

19:58
Possibly the most beautiful trophy in the world!

19:45
The livestream (above) of the event is where you want to be at 20:00 GMT tonight. There’s always some great banter between riders and they’re not quite as well ‘media trained’ as some other racers we could mention… So expect some bad language but a lot of laughs.

16:50
Imagine this view, only without the bus driver and with Guy Martin chasing you down!

16:41
There’s no more beautiful a sight when the sun is out.

16:28
‘Very fast’ is an understatement. These guys are close to superhuman.

15:52
We’ve tried to contact Ian so that he can explain this to us, but he’s still crying with laughter. So, nope. We have no idea either.

Lunch time at the Isle of Man Motor Museum.. some serious toys and in this place!#lovett #fireitup pic.twitter.com/YJuZwotNfI

14:14
Someone thought it wise to give a bunch of racers and journalists loaded weapons. Lee Johnston is up next… If you’re not familiar with Lee, we spent a little time with him last year. He’s back with an aerodynamic beard this year and will be riding Nicky Hayden’s 2016 World Superbike spec Honda CBR1000RR in both the Superbike and Senior TT races.

11:34
Everyone is off on a coach to somewhere. We’ve heard rumours of clay pigeon shooting… What could possibly go wrong?

10:02
Ian is already on his third coffee. Standard.

23:14
Here’s the first Vlog update from the TT Launch – there’s an interesting cameo from Gary Johnson at the end which probably means we have a lot of editing on the interview to do ;p :

‘Today we travel, we eat, we travel some more. It’s another year and this time it’s serious! We head to the Isle of Man to talk road racing with some of the world’s greatest.’

21:47
The hours we put in for this job are incredible. Seriously, I wonder how Ian does it sometimes :)
It could be because he’s just been out for a [free] slap-up meal with road racing royalty.

14:07
If it’s the Isle of Man, then it’ll mean rain at some point. Probably best to get it over with now.

11:01
Ian is spending all of Motofire’s TT budget on luxury burgers and shakes…

08:00
And we’re off… Today will be mostly travelling and sorting out plans for the next day or so, but if you ever wanted to see behind the scenes at an event like this, then stick with us as we’ll be updating this page throughout the week.